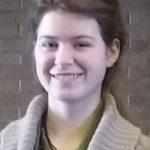 The Salt Lake chapter of the American Guild of Organists (AGO) hosted a chapter-level competition in the Quimby Regional Competition for Young Organists (RCYO) on March 9, 2017. Sarah Maxfield, 16, won the competition, and Dallin Baldwin, an organ performance major at BYU, was awarded runner-up.

The competition was held at First United Methodist Church in Salt Lake City on the recently restored Bigelow & Company organ. Judges for the competition were John Longhurst, Haruhito Miyagi, and Kenneth Udy. Sarah Maxfield will compete as a finalist at the regional competition on Saturday, June 10, 2017, as part of the 2017 West Region AGO Convention in Salt Lake City. The competition will be held in the Assembly Hall on Temple Square from 1:00 to 5:30 p.m.

In the chapter competition Sarah performed “Prelude and Fugue in a minor” by J. S. Bach (BWV 543), “Salamanca” by Guy Bovet, and “LOBE DEN HERREN” as a hymn accompaniment. As a young musician, Sarah has accrued a combined 17 years of organ, piano, viola, accordion, and voice instruction; attended 10 college organ camps; was awarded Royal School of Church Music organ scholar; and attended the 2016 Haarlem International Organ Festival in Holland. As a volunteer, she has accompanied choirs, served as a church organist, provided Christmas piano music at Macy’s, and played  more than 200 hours outside the cancer and med-surg units of Primary Children’s Hospital. Sarah is the daughter of Nathan and Janet Maxfield of Midvale, Utah. 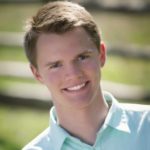 Dallin Baldwin, 23, performed “Toccata and Fugue in F Major” by J. S. Bach (BWV 540), “Andante Sostenuto from Symphonie Gothique” by Widor, and “MIT FREUDEN ZART” as a hymn accompaniment. He is currently the organist at Saint Mary’s Episcopal Church in Provo. He has performed at a variety of locations, including BYU Devotionals; freshman and sophomore recitals at BYU; the Air Force Academy Cadet Chapel in Colorado Springs, Colorado; and Saint John’s Cathedral in Boise, Idaho. Dallin has always loved playing the organ and participating in choirs. He hopes to pursue graduate studies in choral conducting.