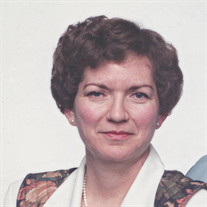 Carol Deanne Peine Dean (1947-2018) was an avid teacher and student of the organ for over 30 years. She played her first solo organ recital at age 40 and, at age 51, received a Master of Music in Organ Performance and Pedagogy from Brigham Young University.

In 1986, she and her husband, Dana, bought a home within the boundaries of the Provo Central Stake, not knowing beforehand that the building was to soon house the magnificent Bigelow pipe organ, Opus 16. She immediately became a protégé and private student of Dr. Douglas Bush, an organ professor at BYU and the instigator of the Bigelow installation in his stake. Carol once stated that “Dr. Bush’s knowledge of and respect and love for Johann Sebastian Bach and his music changed my life forever.” Her other respected mentors and teachers were Dr. Darwin K. Wolford, Dr. Richard Elliott, Dr. Don Cook, and Dr. Parley Belnap.

Carol was a popular instructor at church, chapter, and BYU organ workshops. She also taught hundreds of young people in group organ classes at BYU, which, she said “was the most defining preparation I could have possibly had for ‘my life’s calling’—to teach the hymns of the Church, especially to beginners, and to help as many pianists as possible become proficient, service-playing organists.” She regularly traveled from Draper to Santaquin to her students’ churches and homes to give private lessons.

Carol served the chapter, beginning in 1988, as secretary/newsletter editor (twice for a total of 14 years), officer over educational concerns from 1990 to 1991, dean from 1992 to 1994, and board member at large until her death. She was always ready and willing to help the guild in any way that was needed, organizing events, such as the annual Bach recitals, and preparing refreshments for many chapter meetings. Carol is a certified Collegue in the AGO.