The Utah Valley Ministerial Association is a group of nearly 40 faith groups that participate in various religious, patriotic, and community service activities and events. Their website lists the various religious groups of Utah and is provided here as a resource for substitute organists.

Sheri Peterson has a BM in Organ Performance degree and Masters of Music candidate (in organ performance) from Brigham Young University. Studied with Don Cook, Doug Bush, and Carol Miles. Currently teaching music classes, group organ classes, and private lessons at BYU. Past and current dean of the Utah Valley Chapter of the American Guild of Organists. Presenter at workshops. Member of the Guild of Carillonneurs in North America (GCNA), as well as a member of the Music Teachers National Association (MTNA). Wide variety of interest in various styles of organ music. Lifelong experience with LDS organ playing. Teaches group classes and private lessons to children, youth, and adults. Teaches in Utah and Salt Lake counties. She delights in working with individuals and helping them achieve their goals. 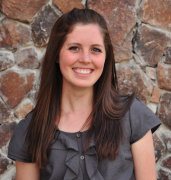 Kymberly Stone is a graduate student studying organ performance at Brigham Young University. Her first introduction to the organ started at BYU in 2009 when she took Music 115: Basic Organ Skills from Don Cook. Her love of the organ blossomed during an evensong service in Oxford that next summer. She started the music program in 2010 and graduated Magna Cum Laude August 2013. As part of her graduate assistantship, Kymberly teaches Music 115, sightsinging, and dictation classes, as well as private carillon and organ lessons. She is a member of the American Guild of Organists (AGO) and the Guild of Carillonneurs in North America (GCNA). Kymberly is currently serving as historian for the Utah Valley Chapter of the AGO and served as student representative in the previous term. In addition to teaching, Kymberly is an Associate Carillonneur at Brigham Young University and also assists in organ tuning and repair on campus. 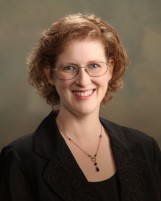 Heidi Rodeback is a Colleague of the American Guild Organists and a freelance pianist. She accompanies many choirs, soloists, and ensembles throughout Utah Valley and currently serves as organist for the American Heritage Youth Chorus. Active in civic life, Ms. Rodeback was a founding board member of the Timpanogos Symphony Orchestra and currently chairs the board of trustees for the American Fork Public Library. She maintains an active piano studio and will begin accepting organ students in Fall 2016.

Nora Hess is an experienced organist, accompanist, and teacher who has lived in Utah County for many years. She is currently a graduate student at BYU, majoring in Organ Performance, and is a student of Don Cook. She has played for LDS, Episcopal, and Catholic services, and also conducts the choir in her local congregation.