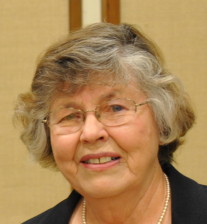 Gayle Farnsworth began piano lessons at age eight and was often asked to accompany assemblies and choirs throughout grade school, high school, and college. At 12, she played for Primary, and by the time she was 16 she was asked to be ward organist.

Gayle learned to love the organ by going to recitals of Tabernacle organist, Alexander Schreiner, who performed often in the area of Southern California where she grew up. But it wasn’t until she and her husband, Lee, had raised their 10 children in Provo that she finally began taking organ lessons—first from Bret Zumsteg and then Joan Stevens.

In 1989, she dived in and went back to college, majoring in organ at BYU, studying with Dr. Don Cook. A whole new world opened up to her, and she is grateful that she made the decision to go back to school and receive a degree in organ performance and pedagogy. She graduated in April 1994 and played the organ prelude and postlude for the convocation in the deJong Concert Hall.