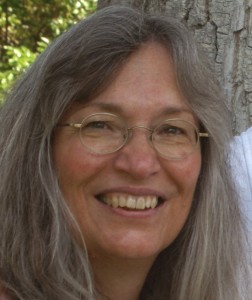 DeeAnn Stone grew up in an LDS ward full of exceptional musicians—Robert Manookin, Verena Hatch, Newell Dayley, Paul Pollei, and many more.  So she was exposed to good church music at an early age.  She began taking piano lessons at age nine, and in 1981 she had her first organ lessons.

In 1987, she was called to be ward organist in the Rivergrove 3rd Ward of the Provo Central Stake to play the newly installed Bigelow tracker organ.  She was fortunate to receive help learning to play this organ from Carol Dean and Douglas Bush who were in the same stake.  Doug was instrumental in having this organ installed since he was in the stake presidency.

That same year, Carol also introduced DeeAnn to the Utah Valley Chapter of the American Guild of Organists.  From 1990 until 2004, DeeAnn served as the chapter secretary/newsletter editor.  Since 2004 until the present, she has been the chapter website editor.

To gain more music training,  DeeAnn attended every BYU Church Music Workshop starting in 1987 until they were discontinued.  She also passed Level 3 of the BYU Organ Certification program and performed her one and only organ recital in 1990 on the Bigelow tracker organ.