Investing in the Future

The AGO National Council is committed to membership recruitment, retention, and growth within our organization. During the Year of the Young Organist, July 1, 2021–June 30, 2022, any individual under the age of 30 can become a member or renew her/his membership for free as part of this program. 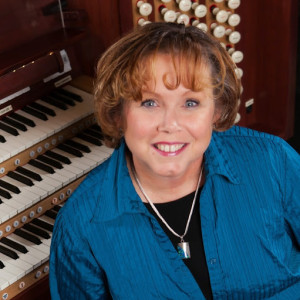 Music teachers are invited to learn resources about introducing children to the organ, including Organ First! Nora Hess, a member of our chapter and an adjunct faculty member in organ at BYU developed this innovative curriculum to teach elementary-aged children how to play the organ as their first instrument without any prior music training. Nora introduces OrganFirst! in this video filmed for the 2020 AGO National Convention. For more information about the OrganFirst! curriculum, see Nora’s website. 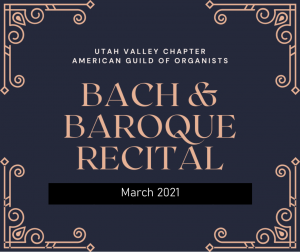 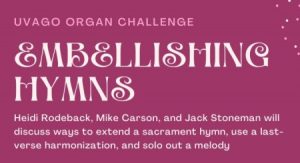 At the February 26, 2021, Zoom workshop, Heidi Rodeback, Jack Stoneman, and Mike Carson discussed methods for embellishing hymns. Specifically: how to embellish a sacrament hymn, how to find and use a last-verse harmonization, and how to solo out the melody. 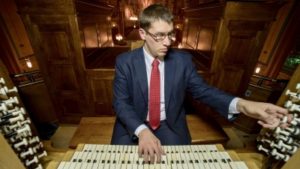 Levente Medveczky served as Cathedral Organ Scholar from December 2015 until August 2017 and was a dear friend of many of us at the Cathedral. He passed away on 24 February 2019, just over a week after he turned 28.

A Memorial Service for Levente will be held in the Cathedral of the Madeleine on Tuesday 9 April 2019 at 7:30 PM. Some of his teachers, friends and colleagues will share memories and pay tribute to Levente through performances of organ music.

The public is cordially invited to attend. 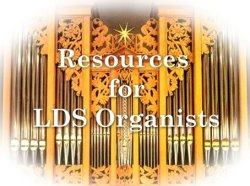 The new 2019 updated eBook edition of a “Resource List for Organists: Arrangements & Accompaniments of Hymns in the LDS Hymnal” is now available
Compiled by DeeAnn D. Stone

On March 17, 1999, the website Resources for LDS Organists was launched by DeeAnn Stone.  The site’s purpose was to be a place where organists could find help in planning their music for church services, using a list posted there of available hymn arrangements and accompaniments that DeeAnn began to compile in 1993.  The site now has many more resources and helps added to it.

To observe the website’s 20th anniversary, DeeAnn has made extensive revisions, additions, corrections, and updates to the booklet she offers at the website called a “Resource List for Organists: Arrangements and Accompaniments for Hymns in the LDS Hymnal.”  What started out as a 20-page booklet in 1993 has now become a whopping 459-page eBook, with hundreds of new titles of hymn arrangements and accompaniments.  Each title is linked to the publisher or distributor of the books the titles are found in, plus there are internal links to help navigate the eBook.

The PDF eBook can be purchased at Resources for LDS Organists for $25.  There are three other purchasing options, too, if organists don’t want to buy the entire eBook.  (A hard copy isn’t available, however, because of the length of the eBook, making it too expensive to print off and mail, which would cost at least $50-$70 per copy.)

While at Resources for LDS Organists, be sure to check out the new links to very informative videos created by the National AGO to aid new organists in learning how to play the organ, as well as other helpful and interesting videos from other sources.  There’s also other information at the website that would help organ students and new ward organists (and there are even helps for Primary Music Directors).  Enjoy! 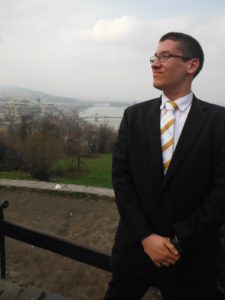 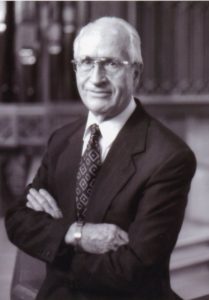 “Ere You Left Your Room This Morning”

“Be Still, My Soul”
Arranged for a young student to play as a solo in church who could not reach the organ pedals

A Collection of Hymns Simplified for the Organ (for student use)

These items were compiled and donated by Bona Belnap, Parley’s wife, and Claudia Johnson, a former student of Parley’s. 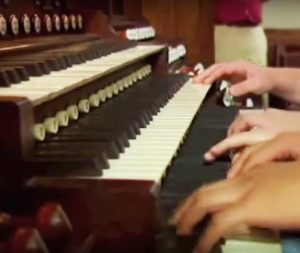 The American Guild of Organists (AGO) Committee on Continuing Professional Education (CCPE) commissioned concert organist Frederick Hohman to author and present a series of 30 video music lessons, with the goal of helping pianists of intermediate achievement to make a successful transition to the pipe organ when leading music in worship. The series is entitled LESSONS FOR THE NEW ORGANIST. The series of 30 videos is scripted by Hohman, with oversight and input from Dr. Don Cook, the current Councillor for Education at AGO, and by Dr. Sharon Hettinger, the current Director of AGO’s CCPE. The series offers a graded series of lessons, where Hohman is seen in a variety of contrasting venues throughout Michigan and Indiana, with spaces ranging from small to large, and with organs of several types of design. The entire 30-lesson series, which was completed in April 2017, may be seen on the AGO’s YouTube Channel.