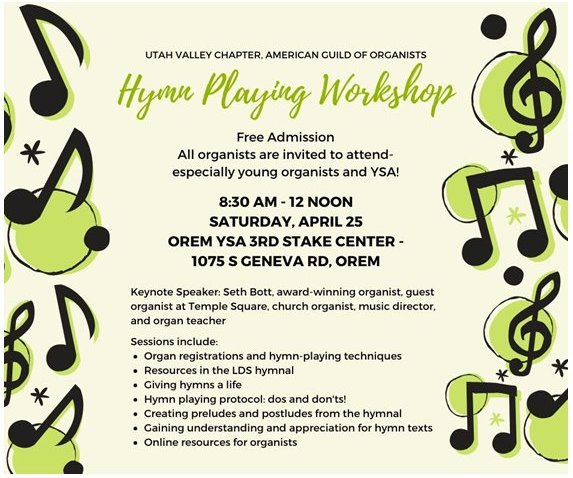 The keynote speaker will be Seth Bott. He will also perform and teach a class on hymn playing. Invite your students and fellow church organists! 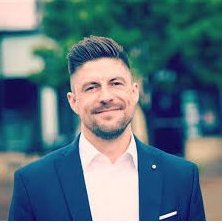 Seth Bott is a native of Castle Dale, Utah. He is currently finishing the final defenses of a Doctor of Musical Arts degree in organ performance at the University of Kansas, where he studies under James Higdon and Michael Bauer and will graduate in May 2020. At Kansas he was appointed to a graduate teaching assistantship, where he taught private lessons and worked closely with the organ faculty to organize and execute organ department business. Before attending the University of Kansas, he received his Master of Music and Bachelor of Music degrees in organ performance and pedagogy from Brigham Young University, where he studied with Don Cook and Douglas Bush.

Seth is an active recitalist and performs many recitals around the United States every year. He has served for many years as a guest Tabernacle organist on Temple Square and has performed in the daily recital series on the famous Tabernacle organ.

Seth has had an abundance of church music roles in many denominations and is currently serving as Director of Music and Organist at St. James Episcopal Church in Midvale, Utah. His playing experiences in The Church of Jesus Christ of Latter-day Saints have afforded him many opportunities to play for large and small meetings, with several of them being televised.

In 2009, Seth won first place in American Guild of Organists (AGO)/Quimby Regional Competition for Young Organists, Region IX, qualifying him to perform at the National AGO convention in Washington, D.C. in 2010. As a natural teacher with much background, Seth loves to share his passion for music and the organ with others.