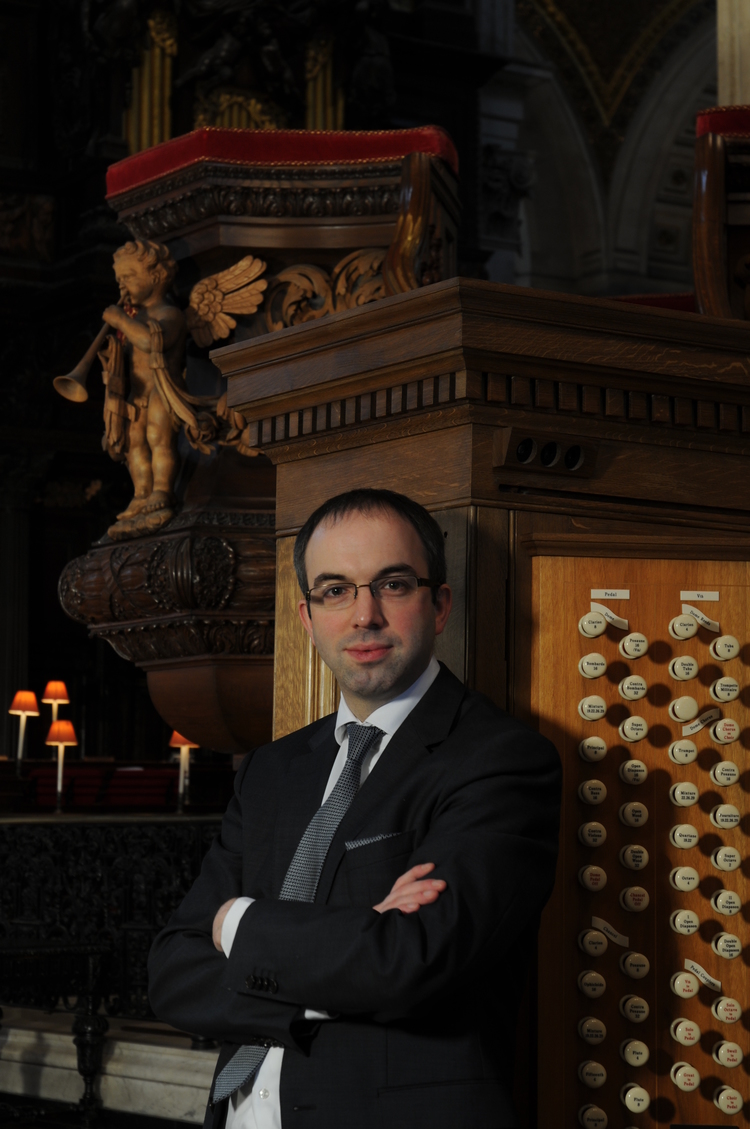 The 29th Season of the Eccles Organ Festival continues Sunday, October 16, 2022 at 8:00 PM at the Cathedral of the Madeleine with a recital by Simon Johnson.

Simon Johnson is one of the most versatile musicians of his generation, successfully combining life as a virtuoso organist with extensive work in choral direction, composition and arrangement.

In September 2021 Simon Johnson became Master of Music at Westminster Cathedral, responsible for its world-famous choir. For 13 years he was the Organist and Assistant Director of Music at St Paul’s Cathedral, and was involved in all the national occasions that took place there. Previously he enjoyed a distinguished tenure as Director of St Albans Abbey Girls’ Choir, leading them in several highly-acclaimed recordings and tours.

Recitals have taken him all over the USA and Europe, including a Royal Festival Hall debut in 2017. In 2018, St Paul’s was sold out for his performance of Holst’s The Planets with link-ups to NASA and the International Space Station.